The 2010 PA Latina Women Symposium was held yesterday at the Wyndham Abraham Lincoln Hotel on Fifth Street in Reading. The symposium marked the beginning of Hispanic Heritage Month, which lasts through October 15th. Some of the distinguished attendees of the event included Reading’s Mayor, Tom McMahon, and U.S. Senator Mike O’Pake. The focus of the event was education, and the ways in which Latina women and youths could rise through the system of American business. A frequent mantra of the speakers at the event was “Si se puede,” or “Yes we can,” citing the prolific Latino population growth in Pennsylvania, with Reading, in particular, being repeatedly extolled as a cultural epicenter for Latinos. In the city of Reading, more than 70% of the student population is Hispanic; thus was the message made clear: the future of the city would be inextricably linked to that 70%.

The event, hosted and organized by the Governor’s Advisory Commission on Latino Affairs (GACLA), featured informative workshops with a variety of prominent women in the Latino community. However, there were several speakers who simply wished to make a difference in the Latino community. Entrepreneur and acclaimed author of the “Briana” series of books, Sahar Simmons, gave a workshop on creating and establishing a brand. Simmons emphasized the importance of identifying the demographic for one’s brand, in order to target the group of people with whom the brand will most resonate. Perseverance in the face of rejection is also paramount, said Simmons, as no brand achieves universal appreciation. The aim of the workshop was to provide a knowledge foundation upon which prospective entrepreneurs could build, in service of establishing a new brand identity, or even refining an existing identity.

Concurrent workshops included a lecture from Ms. Lillian Escobar-Haskins, the Director of the Policy Office of the PA Department of Health, on the topic of the Socioeconomic and Health Status of Latinas in Pennsylvania. In addition, the former Secretary of Education for the Commonwealth of Puerto Rico, Ms. Odette Piñeiro Caballero, provided the keynote address of the Leadership Luncheon. Piñeiro Caballero, who graduated high school at the age of 15, earned a Bachelor of Science degree from the University of Puerto Rico by age 19. She would follow in quick succession with a Master’s of Education degree in Curriculum and Instruction from Pennsylvania State University, before finally earning a Ph.D. in Health and Human Development from the same institution. Her speech communicated the values of education, and the ways in which Latinas must persist in order to become a force in the working world. Piñeiro Caballero, who now serves as Advisor to the Education Commission in the Senate of Puerto Rico, was one of several Latinas present with the distinction of a doctoral degree. From tribulation not far removed from the students’ own upbringings, the operative message was the importance of education in establishing a future for oneself.  It was possible for one generation, and thus was still possible for subsequent generations to thrive in academic institutions.

Ms. Ana Sainz de la Peña, Educational Consultant for the Pennsylvania Training and Technical Assistance Network, was among the presenters for a variety of workshops offered in the latter half of the event. The seminar, on “The State of the Education of Latino Students in Pennsylvania,” drew upon the challenges faced by ill-prepared Latino students in the public school system. Sainz de al Peña compared and contrasted the positive and negative statistics, charting the 106% enrollment growth of Latinos in PA schools over the last ten years, and placing it in dialogue with the high drop-out rate of Latinos currently in school. The workshop dovetailed into the event’s Featured Speaker, Ms. Ida L. Castro, Vice President of Social Justice and Diversity at the Commonwealth Medical College in Scranton, Pennsylvania. The speech drew upon the proud, distinguished history of Hispanics in the nation; a history which, in nearly every instance, predated the milestones of American history that exceptionalist rhetoric has ingrained into the public consciousness since the nation was founded.

Castro recounted the earliest Puerto Rican settlements, founded before the settlement of Jamestown, and placed this history beside valiant Latino contributions in nearly every armed conflict in American history, from the Civil War (in which Latinos fought on both sides) to Vietnam. Though education was again a focal point, the address seemed specifically designed to evoke the pride and inspiration upon which such events as the Symposium were founded. From the rousing ovation Castro received upon the end of her address, the general sentiment amongst the Latinos in attendance was hopeful. The youths in particular represented an embodiment of the mantra that was emblematic of the event at large: “Si se puede.” Yes we can. 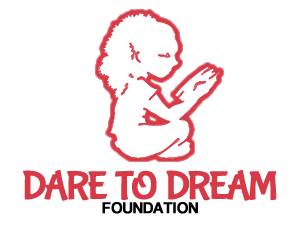